Tipard Video Converter can convert any video to MP4, AVI, MOV, M4V, WAV, MKV, FLV, WMV and other general videos. Moreover, it can convert 4K Ultra HD and 1080p HD video files to your need. Meanwhile, it enables you to extract audio from your video and convert it to MP3, FLAC, WAV, WMA, MP2, AAC, AC3 and so on. Apart from that, this Video Converter software supports NVIDIA CUDA technology to accelerate your conversion speed. Besides, it enables you to enhance video quality and rotate video direction.

Tipard provides 35% off discount of Video Converter for all GOTD users. 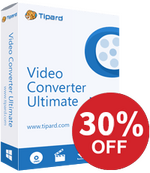 Tipard Video Converter Ultimate is the all-in-one video utility of Video Converter, Video Enhancer, MV Maker and Video Collage Maker. It enables you to convert video or audio formats like MP4, AVI, FLV, MOV, MKV, MOV, WMV, MTS, M2TS, MP3, AAC, AIFF, FLAC, WAV, etc. to a suitable format for your player. It provides you with multiple ways to edit video effect and improve video quality, so that you can watch your favorite HD/4K video with a clear screen and stabilized image. You can also use it to create stunning MVs and split-screen videos. This video converter supports GPU acceleration from Intel, AMD, NVENC, etc., which enables you to convert files at 60x faster speed with full quality. 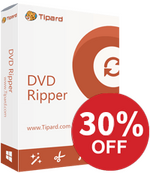 Tipard DVD Ripper enables you to rip DVD with 30x faster ripping speed than others. You can convert your DVD to all popular video and audio formats like MP4, AVI, MOV, WMV, MKV, MP3 and more with excellent video/image quality. It’s armed with a built-in editing function that allows you to clip/crop/add watermark/adjust video effect. Moreover, this DVD ripper supports batch conversion, so you're able to get different video formats at one conversion. The adoption of the NVIDIA® CUDA™ technology, AMD APP Acceleration and multi-core CPUs supporting technology ensures the conversion process can be finished in a short while, and the ripping speed is 30x faster than others.

Buy Tipard DVD Ripper at 30% OFF 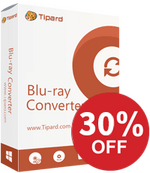 Tipard Blu-ray Converter allows you to convert Blu-rays and DVDs to any video formats like MP4, MOV, M4V, AVI, WMV, MPEG and audio files such as MP3, FLAC, WAV, WMA, AMR, AIFF and so on. Also, you are able to convert any popular video formats like MP4, MOV, AVI, WMV, FLV, MKV, M4V, RMVB, TS, etc. you want. Besides, you can play these output video/audio files on iPhone, iPad, HTC, Kindle Fire HD, Sony Vegas, Avid Media Composer, After Effect, Windows Movie Maker, and more. Plus, with NVIDIA® CUDA™ technology and AMD APP acceleration, your converting speed with be 30X higher than before.

Buy Tipard Blu-ray Converter at 30% OFF 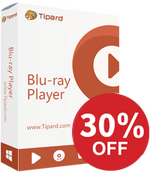 Tipard Blu-ray Player is the universal Blu-ray/DVD/Video Playing software compatible with almost all Blu-ray, DVD, and video formats on your computer. It enables you to play Blu-ray Disc, Blu-ray folder or ISO image files, even the latest-released Blu-ray movies. Besides, it can play DVD disc and movie with smooth experience. It also supports for 1080p HD and 4K UHD videos playback. Moreover, it can be used as a common Media Player to play video and audio in any frequently-used video/audio format like MP4, MOV, MKV, AVI, TS, MTS, M2TS, FLV, MP3, AAC, AIFF, FLAC and more.

Buy Tipard Blu-ray Player at 30% OFF 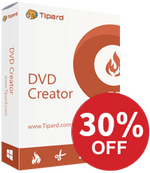 Buy Tipard DVD Creator at 30% OFF

StrategyDeck
Strategy Deck — all communication strategy tools in one deck of tip cards in one application.
$3.99 ➞ free today

Image Size.
Quickly resize and compress multiple photos at once to save your device storage.
$0.99 ➞ free today

SkanApp hands-free PDF scanner
Place your smartphone in the Skanstick and enjoy the benefits of scanning naturally, in place.
$9.99 ➞ free today