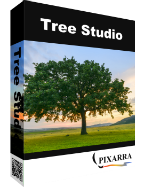 ThunderSoft Blu-ray Ripper is an easy to use and powerful Blu-ray ripper software that can rip and convert Blu-ray to lossless MKV and MP4 video formats. With the latest technologies, it can rip any Blu-ray/DVD with a fast and efficient processing. For the output, lossless MKV, MP4 format make sure you get 100% quality of the original image after conversion.

ThunderSoft Studio provides Special Price (at least 50% discount) for GAOTD users to get lifetime license of ThunderSoft Blu-ray Ripper and many other software.

Desc: The only software which can remove drm protect from iTunes media files and supports the latest iTunes. Today's Special Offer.

Blu ray video content can be very large and there doesn't seem to be a way to adjust the video bit rate so you don't end up with a very large file.

We are not allowe to update. So switch that off when starting the app. or change the registry:

as always good software from this developer

Not working on Win11 Pro - simple DVD rip doesn't work and the settings are inop. This is a fresh Win11 Pro build so it's not some upgraded/corrupted system.

The hard part is handling the extensive & always evolving Blu-ray DRM -- possibly [probably?] the reason WR had poor luck with the Chaos Walking disc. Blu-ray video itself is almost always encoded as AVC/H.264 -- the spec includes mpg2 & VC1, but you'll never see a retail disc using those -- and pretty much Any device can play its H.264 video. On a Blu-ray disc the video's in a .m2ts container. The only reason to put that video in another type of container is if your preferred software doesn't recognize .m2ts -- VLC does, and it's available for Android, including Kindle HD tablets. You can get MakeMKV for free, and it copies the content stored in .m2ts files into .MKV containers -- ThunderSoft Blu-ray Ripper can do the same, or you can use another type of container, mp4. Same as with DVDs, the time it takes to copy a Blu-ray disc is determined by the file transfer speed, so if/when you're doing a lossless copy, No software going to be faster or slower at the task.

Blu-ray discs can hold up to 50GB -- often the main movie is around 30GB, so you save quite a bit of disc space if like WR you copy only the main movie. Copying just the main movie you'll also likely get a single video file -- the Blu-ray spec allows splitting a single video over several .m2ts files, and not every player will use the playlist that ties those files together, and in order. Note that as part of a Blu-ray's DRM, it's common to have very many playlists, many [most?] of them fake, along with added .m2ts files, so the only way to determine if a copy or rip was successful is to watch the original, then compare it to your results, e.g. scenes can be swapped or missing.

Blu-rays also like to include HD audio, and if you keep just the *ordinary* 5.1 that also saves some space. Subtitles are trickier, since they're stored in a separate stream and made of graphics rather than text. The .m2ts container can store audio, video & subs -- so can MKV, BUT, not every player that can handle MKV will display those subs. A *maybe* better alternative takes a little more work -- use something like the free SubtitleEdit to OCR the subs into an .srt file. Give that .srt file the same name as the video, and very many players [more than will play .m2ts] will let you turn sub display on/off, and at the appropriate size for your display.

You can make the video files smaller by re-encoding them -- you can reduce the frame size, including making it anamorphic, and you can increase the amount of video compression [reduce the bit rate], but you'll Always lose some quality. H.264 video is harder to edit &/or use as a source for re-encoding -- it's Very easy to lose audio sync, so be sure to check your results. The encoding part [adding video compression] can be very CPU intensive, e.g. using H.264 or H.265, taking quite a bit of time -- the better the quality, the longer it takes, and spending 24 hours at the task is not unknown. On the flip side, apps that encode more quickly than average often use encoding settings that reduce quality. Note that mpg2 is still viable, using much less CPU and so is much quicker -- OTOH there are fewer software players that will handle it.

For someone like WR that wants to manage their Blu-ray collection on regular hard disk storage, I suggest they consider using the Blu-ray format there as well -- it simply amounts to a special file & folder structure, though you'll want to stick with the original video, or use Blu-ray spec H.264 or mpg2 encoding. Players that don't understand Blu-ray can still play the single .m2ts file with the audio, video, & subs, while you can do stuff like copy the movie [in Blu-ray format] to a USB stick & it'll play in a Blu-ray player if it has a USB port.

I copied a Dr Who christmas special disc 1 with four christmas specials on it. It produces 1 long file with all 4 one after the other with no menus to choose wich 1 to watch is this right or did i do something wrong

I've not used this software, but remembering back to when I used to rip DVDs, like 20 years ago. On a TV DVD, there was one large file that contained every episode for continuous playback, and then individual smaller files with single episodes. The software I use back then would let you watch any of the video files contained on the disc to let you determine what it was, and then allow to choose which of those video files you wanted to rip. The default video file to rip was always the largest file on the disc because it assumed you were ripping a movie, and of course that would always be the largest file.

Theoretically, yes, that is why the name is BLU RAY ripper. However, it doesn't want to register with the user ID provided in the readme file, so technically it will not rip anything.

Frank, 3D uses a different file storage format for the right-eye view. Unless a ripper was written to handle that, it will not be able to extract 3D.

Frank, I had the same problem trying to register. No matter what I tried it always said invalid name or key. However, after the Xth time trying it suddenly did register. I suspect/suppose their register server isn't as stable as it should be.

Pro's:
Simple interface
Ability to choose main movie and not the advertised movies.

Con's:
fairly slow
unable to remove the link to buy lifetime licence from the GUI

My first attempt at ripping a recently purchased Blu Ray (Chaos Walking) selecting MKV (Lossless) failed after choosing ''movie only''; however, when I retried, choosing ''all movies'' it worked I've never bothered ripping a blu Ray before as I always buy them for personal use rather than renting or streaming them. It took approximately 25 minutes to rip. Ripping to HD Mov (.mov) took approximately 1 hour 20 minutes.

Wondering whether I'd allowed Chaos Walking to actually fully load when I received the failed message, because it worked on a second attempt?

Overall a big thumbs up from me. This will be useful when taking movies on vacation with me for our evening entertainment. Previously I've taken bulky disk holders with up to 50 or more DVD's so that we've had a decent selection to watch. I prefer buying hard copies to paying for a streaming service.

Whiterabbit-uk,
You might need a lot of hard disk space on your computer if you plan on taking movies on vacation as blue ray video is very large. There does not seem to be any way to adjust the video bit rate.

Akemi - ChatBot
Akemi is an application based on real dialogue that has AI.
$0.99 ➞ free today

Would You Rather Games
What Would YOU Pick has 1,000+ unique questions for you to explore!
$0.99 ➞ free today

The Mystery of the Crimson Manor
Discover and solve the surprising secret behind the mysterious crimson manor.
$0.99 ➞ free today

League of Stickman: (Dreamsky)Warriors
The most exciting action roleplaying game of the year.
$0.99 ➞ free today