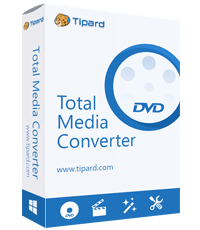 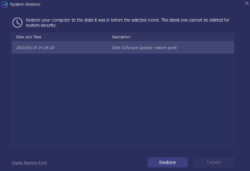 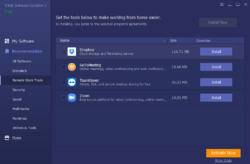 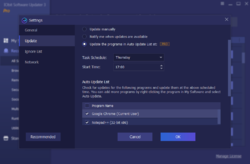 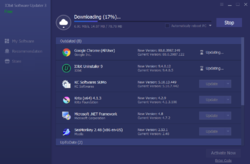 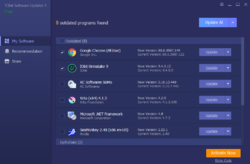 Outdated software may leave some risks to your PC. It’s better to keep all software up-to-date. With 180% larger software database, IObit Software Updater can automatically scan and update your software in scheduled time without bothering you, and you just need to list your software in the "Auto-Update List".

Having no idea which software is the right one or bothering to install your needed software one by one on websites? IObit Software Updater gives you the best solution by recommending trustworthy and popular programs for you to install from within this software. All these programs have been already well classified according to their functions, so you can select and install your needed ones instantly and easily.

Please note: the program updates to the Pro version upon license registration.

Garmin Express
Transfer data between your computer and Garmin devices.

Does anyone know if this can be updated during the six month license period?

Like all updaters, they may do more than update, they may upgrade ( update and upgrade are different ) beyond a specific version licenses without warning or awareness, they may install in their own way, differently than other updaters, such that the same end-user-program updated by different updater installers, such as,
- Ninite,
- Glary Software Update Pro,
- PatchMyPC,
- and any of the IObit updaters,
- plus each end-user-program's own self-update routine,
... may not "see" each other, and may not remove each other's prior installations, and may not announce themselves to the operating system in the same way.

So there may be duplicates, real and false, there may be different versions installed at the same time in different places on our computers, there may be uninstall challenges trying to remove ... which one? ... they may update to less-than the latest version, where the end-user-program itself then immediately announces that it needs to be updated again, right after a program such as IObit Updater Pro has just finished supposedly updating the program ( even updating their own other IOBit programs ), plus the challenges of installing anything without doing a VirusTotal check first ( remember the CCleaner fiasco where infected versions were distributed directly from Piriform ), and so on, where one end-user-program misbehaves and becomes hard to troubleshoot, because, "that's not an updater program's job", supposedly.

Plus, many independent updaters like this have funny names for their downloaded installation program updates, some delete their installers after installation, and many disk cleaners delete installation references as if they are not needed, when in reality, they often are necessary to uninstall and update from one older version to another newer version, so managing all that SHOULD be the assignment of savvy installers and updaters, and disk cleaners.

But, no, they don't even try -- I do not know of ANY that manage all that for us.

So I use "updaters" like this to inspect and make a list, to tell me when other programs can be updated, but I do not let them do the update for me.

Instead, I manually go and update the program myself, downloading the installer, checking the installer with a web scan at VirusTotal ( and [ virusscan. jotti. org ] seems useful ), making restore points, rebooting, and updating in a controlled processions so I can see if and when one specific program causes misbehavior, instead of updating everything and then wondering who's at fault if something goes wrong - never change more than one thing at a time between inspections.

Alternatively, trial and not-free Kerish Doctor is useful in identifying when an update is for safety reasons, and it lets you go and get the update yourself - IObit Software Updater Pro has no such feature.

Free Glary Software Update, included in free Glary Utilities, lists programs to update, then brings you to [ FIlePuma. com ], their own site, for you to get and install updates yourself, IOBit Software Updater Pro has no such feature.

Free KCSoftwares also has an update checker with choices on where to get the installer for the updated program yourself.

There are a handful of update checkers, a handful of automatic installers and updaters, and yet, none of them are all encompassing, with the benefits of iterative, heuristic, intelligent smarts - they do no virus or malware check, they do not keep a local catalog of installer programs in a local archive, they do not insure uninstall ability, the do not inspect our free, trial, expiring, and lifetime licenses, they do not check for incompatibilities, or interdependencies, and so on.

These programs are significantly immature and unaware, so I recommend that our fellow GOTD-users take advantage of them with informed caution, and always always always take 100% responsibility for whatever we see a program offer us, and whatever we do in response, either letting the program go ahead, or taking note and exploring by other means outside the program.

Also, as usual, IObit installs it's own nags in run, schedule, services, and so on, so be aware to manually undo those if you prefer a nag-free experience.

I USE IOBit Software Updater Pro ... cautiously, along with other bulk/batch installers and updaters, but I just use these manually, as a references, as mentioned and explored above.

Thank you, IOBit, for this exploration in expanding your software offering, I look forward to you making the program smarter and smarter with each edition, and I hope you take note of my comments above as to which features we need that no one has figured out and offered us ... yet.
.

This is useful software for most products. There are a few, like the Pro version of Aomei Partition Assistant, that it can't successfully update because the download link changes with every version, so it can only install the free version or a trial version. The trial version cannot be updated to Pro, if my memory is correct.