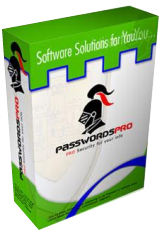 Giveaway of the day — PasswordsPro 3.5 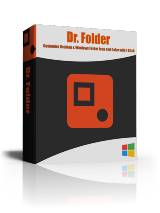 $29.00
free today
Dr. Folder 2.9.0.0
Search and replace the standard folder icons or any other icon.
Proceed to download page

In the Internet economy, the only option for success is to have the highest search ranking in the most search engines. Promoter automates this task for you whether you are promoting just your own site or you are a webmaster improving the rankings of customer sites.

Thank you for voting!
Please add a comment explaining the reason behind your vote.
You can also add comment viaFacebook
#16

Now that I am using it, it seems to be a secured clipboard program. The least I expect from a password program is the abilty to add my sign-in information to a website without me having to copy and paste. I can easily make a Word document and password protect it if I wanted to copy and paste all the time. I am going to uninstall as this program is worthless to me.

Downloaded and installed fine on my Win 10 computer. My question is why did the program come with notes and passwords already included?

some people need to install vcredist_x86.

Strange: I have downloaded the trial from their site and that's version 3.5
And the GOTD-version is 4.0:
https://www.dropbox.com/s/ywxz3nrm2683ald/Versie.PNG?dl=0

I looked it over and could not figure out how to import from Lastpass. I am not interested if there is no import option.

To answer your question on registration:

Go to the help menu and click on registration. Type or paste the registration information into the box.

IMHO and all that, what the developers, Arduino Software, need to do is tell folks why they should use PasswordsPro. I'm not talking about pretentious hype, like this is the world's best app [which people will just ignore anyway], but rather point out the features in PasswordsPro that the kind folks at Arduino Software feel make it a better choice than all of the other password managers out there.

My 2nd suggestion would be to say something about the encryption used, because that sort of thing is what I think a lot of people look for when it comes to this kind of software. Keepass for example provides a fair amount of info -- keepass[.]info/help/base/security.html . 3rd, I'd suggest a simple option to move the files stored in the My Documents folder into the program's folder, making PasswordsPro portable. Yes, stored in My Documents it allows for multiple user accounts on one device or PC, but being able to store everything on a USB stick is a valuable option, & many [most?] consumer Windows devices are only set up for one user anyway.

That said, PasswordsPro appears to be written with Dolphin -- object-arts[.]com/dolphin7.html . It won't run in my XP Mode VM, but does work OK in my win7 32 bit VM. Using Universal Extractor I took a look at the trial version setup file, which shows a different set of files in the program's folder -- only the trial includes MSVCP71.dll & MSVCR71.dll -- only the GOTD includes DolphinVM7.dll . Adding the 2 msv files to the GOTD version, &/or removing the DolphinVM7.dll file didn't make the app run in XP. Otherwise PasswordsPro doesn't use the registry except to store uninstall entries, & only adds files to the program's folder & a new folder in My Documents.

A very quick word on password managers in general... If/when they're stored locally on your Windows device, any encryption they use keeps out people who have access to Windows on that device. If no one has that access, passwords could as easily & effectively be stored in a plain text file, though you wouldn't have features like auto fill-in. If someone copies the encrypted file where your passwords are stored, they might try to brute force the key -- basically just a matter of trying every possible combo of characters using special software or scripts. If someone has constant access to your system because it's been compromised [infected], all they have to do is wait for you to open your password manager & they have the same access that you do.

The same thing applies if you store passwords on-line -- if your system's compromised, whatever you have access to, so do the bad guys -- but if you realize you've been infected & clean things up before you access your passwords, they're likely still safe. OTOH an online repository storing millions of passwords is a much more valuable target than the password manager sitting on your hard drive, and you can be sure it's attacked MUCH more often.

If you can devise a system of adding something that's not recorded anywhere to each stored password, & manage to avoid an easily determined pattern, that would give you extra protection -- a list of your passwords then would be useless to anyone else. If someone was watching -- if your system or the web site or your communications with that site had been compromised -- they'd get that password, but not any others. If all you did was add something like your birthday to the passwords on your list however, they'd probably quickly figure that out, so you'd have to come up with some method, perhaps based on the name of the site, that you could remember but that would appear to be random.

mike, a most valuable and insightful comment! I hope others realize what you've laid out here and how helpful it could be. I've been puzzling over password storage for a long time but never though about added characters, but that seems a viable solution to limiting the damage of having your passwords hacked, thank you very much. Whether one takes advantage of today's giveaway or uses any of the other password programs available, that one tip might just make a huge difference in how to deal with hacking.
Much appreciated!
John

mike,
I'd suggest a simple option to move the files stored in the My Documents folder into the program's folder, making PasswordsPro portable.Yes, stored in My Documents it allows for multiple user accounts on one device or PC

There is a big difference between being portable, the ability to run on any computer, and multi-user, please don't confuse people.

Regarding Keepass, according to the following article it has been compromised.
http://arstechnica.co.uk/security/2015/11/hacking-tool-swipes-encrypted-credentials-from-password-manager/

Installed ok on win 10 64 bit, as commented by Sven, if you don't close a file before closing the program, the file is accessible (unprotected) by anyone clicking on the 'PasswordsPro' icon (opening the program again). The file can simply be opened without the password. Due to the nature of the product, I find this to be alarming (especially if you allow remote desk top access for what ever reason). I was looking forward to using this product, but it would need to be totally secure, which it clearly isn't. Hope they get to re-work and submit again in the future.

I use Dashlane, much easier and it's free to use

said it before, will say it again.
I will never use a password software just because it is free for a certain period of time. if you need to re-install windows, have used on a hard-disk that you wish to use in another computer, or even have a problem with this application and need to re-install it, you have to pay for license. so pretty much like a hostage hack. I prefer to either use a freeware (most are far superior to this GAOTD or to buy a license. but if I am buying a license and forking out money, I will not compromise for below average software as today's giveaway is.

Gordon, not true. I have been using keepass (open source password program) for years, and no one has ever asked for a penny for updates or anything else.

"if you need to re-install windows, have used on a hard-disk that you wish to use in another computer, or even have a problem with this application and need to re-install it, you have to pay for license. so pretty much like a hostage hack."

Back up the file(s) containing your passwords, install the trial version, open that password file or files, & copy your passwords somewhere else. That said, you should really back up your passwords regardless what software you use, because stuff happens.

Before the registry was interested in software protection; the registry having made it much simpler for the developer.
Decided to look on the hacking sites to see what the top hackers could do; boy, some of them are very good.

My concern is that programs like today's download inform the hacker where all your passwords are stored, plus to get into them you input another password with only the security of Windows between you and the rest of the world.
Edward Snowden recommends their use making me somewhat less concerned.

However, recently someone interested in security created a system in which the URL or a path of the file was used on-the-fly to create the password, hence it is never stored.

"My concern is that programs like today's download inform the hacker where all your passwords are stored, plus to get into them you input another password with only the security of Windows between you and the rest of the world."

If your device has been compromised, you're correct that the bad guys have targets in mind -- while they certainly can hope to maintain their presence there undetected forever, they don't know how much time they have before you figure out you've been infected, and the less data they transfer off your system the less likely they are to be detected.

mike,
They have the need to be undetected forever if they get hold of your banking passwords, a couple of minutes will do to drain your bank account.

The point I was trying to emphasise was the idea of creating passwords on-the-fly so that they are never stored on your machine.

If you are waiting for your download link and it doesn't arrive, please be advised:

Update to my previous comment. I'll uninstall now. Tied of apps that aren't quite ready for a simple install.
My machine is fully up-to-date. I don't want to go back in history for this. Thanks anyway.

In XP SP3 (32 bit) when attempting to run the message appears stating that it is not a valid 32 bit application.
No idea if this is my machine or a general problem.

Salvia,
I have windows 7 - did not go:
application error

Art, One of their customers, writes that one of its advantages is that it is portable.
I guess it is possible to save the CPC file in the same folder as the program on a USB stick.

Art,
Copied folder to a Flash drive and tested on another system, failed to run reporting license information not found.
It would appear not to be portable.

Adriaan II, Open settings. There you can choose where to save the CPC file!

mike,
In another comment on this page you supposedly show how make it portable.
It can't be both!

Countdown #
Count down to your next events: vacations, anniversaries, birthdays and more - in style!
$0.99 ➞ free today

Rectangles PRO
Challenge people from all around the world in our new puzzle logic game Rectangles!
$1.99 ➞ free today