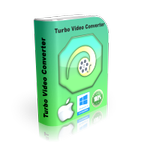 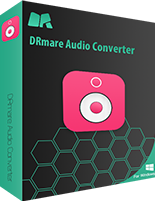 $14.95 per month
free today
DRmare Audio Converter 2.7.0 for Windows
An audio format conversion program for any audio files on your computer!
Proceed to download page

Turbo Video Converter comes with its own mp4 video editor that allows you to split, trim, and join video files of the most common formats.

Turbo Video Converter is a complete audio video converting suite with built-in video and audio editor, with support to all most common video formats for input and output as well. A more complete conversion tool is hard to come by.

1. Support for 12+ formats both for input and output.
2. Designed for batch operation.

Turbo Video Converter covers a lot of ground when time comes to convert video and audio and there is a real good chance it can answer your converting needs. 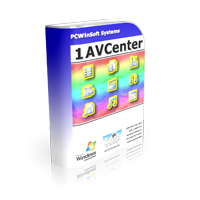 With 1AVCenter you can record your screen in full, high motion video from an area of your screen, record audio from any source on your PC. That is only the beginning. You can stream live video from your camera with audio, you can live stream your screen, or your microphone. 1AVCenter also allows you to stealthly and remotely monitor your webcam or your screen with a personal surveillance website you can connnect from anywhere including from your mobile. 1AVCenter also allows you to securely share files among the people you know through your own personal website with authentication. 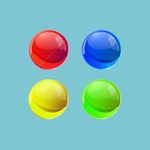 Converters Pack is a 5 product pack: Video, Audio, Photo, and Flash converters plus Video to EXE Converter. The regular price for the pack is $57.50. With the pack, you give yourself a lot of power when the time comes to convert media. 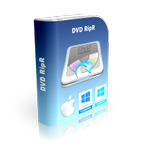 DVD RipR on sale with 50% discount. 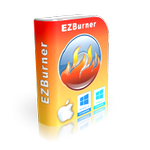 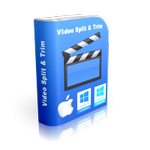 Video Split & Trim is perfect for trimming video, splitting video into 2 or more segments, and concatenate 2 or more videos into 1. Easy to use with no learning curve.

VideoPad Video Editor
Make movies out of your videos, audio, and image files.

Spotify
Listen to any of the 10 million tracks of various genres.

No problem downloading, installing or converting video to mp3......BUT.........there is no display of actual progress while processing or a "done" notice when finished and the only way I can X out of the program is by ending the process in Task Manager.

seagrape, Hi. Since I can't seem to find support for this program online I figured I'd ask you. How do you convert video to mp3? When I click the Convert button then look at the Wizards they're all video formats - no audio. The "Configure Manually" choice did nothing.

IMO; Any Video Converter is a better choice. It does everything Turbo Video Converter does and it's free, with regular updates every few months. It also does batch files quickly, in a ton of different formats included with it is a video player. You can change the skins, one is dark, the other is Lt. blue. Easy to use and user friendly. Thanks to GOTD and PCWinSoft for the offer, but stay with what I know works great.

Any Video Converter is fast and free but has no editing options.

it was not much turbo to convert a shorty clip video
in fact after about 20 minutes there was still no indication that something is about going to happen any time soon
only the noise of my PC told me something's not right here
a FFmpeg module was overheating and disintegrating itself along with the PC memory if I don't force the kill switch
apart from that, I did not have all codex installed to play a mp4 video (?, really? I watch constantly mp4 videos on my PC without turbo converter, so, no that is BS)

I don't am fully sure what to make of this...

This, despite it's old fashioned interface, it does have a lot of options.

But one absolute key is the speed of conversion.

Some converters are pedestrian slow.
Others run at a snails pace.
This one is more like waiting for an evolutionary change.

Bill Freeman, yes it distributes an ancient unlicensed version of FFMPEG.EXE improperly installed into the documents sub folder. No way can this be turbo anything it predates all GPU acceleration technologies. It should work under XP SP3 it is so old no GUI support for even HEVC! And no designed in support for UHD or 4K. The encoding selection interface permits some normally impossible parameter values like allowing the selection of 480Kbps MP3... which is certainly not a valid combination most of the time! It also allows selecting 5.1 channel with MP3 which is never a valid option and convert fails to launch if that is attempted.
It does support multiple CPU core operation on encoding which I suppose is why they think they can justify the Turbo in the name. It will encode MP3 with the 480Kbps parameter ... it's doing it now, once it's finished I'll check what happens to the encoded sound track ... There is a problem with the convert GUI in that it is not reporting progress of the FFMPEG.EXE re-encoding process so the program apears to stall with CPU maxed out for the duration of the conversion giving the apearance it has stalled and needs to be end tasked. But it has not stalled and should complete eventually. It is bad they do not permit process priority adjusting or number of CPU core use. Ok encoding finished and FFMPEG.EXE rounded down the MP3 bitrate from 480Kbps set by the GUI and passed to it in command line parameter to 320Kbps. I would recommend Handbrake as free open source and fully licensed alternative.

SnapFun Pro
Show the world your magic via amazing looking collages you have never seen in any other apps!
$0.99 ➞ free today

Antonyms PRO
An educational puzzle game in which you can test your knowledge of English words and their opposite meanings.
$1.99 ➞ free today