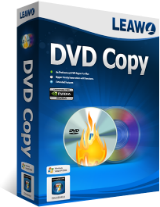 Leawo DVD Copy enables you to copy DVD to hard drive in DVD folder or ISO image and backup DVD to a blank DVD disc for playback on home DVD players or sharing. It can copy DVD disc, folder and ISO Image File. With advanced DVD copy and backup technology, it supports 1:1 disc to disc duplication without quality loss, and compresses DVD-9 to DVD-5 with high quality.

Leawo iTransfer provides perfect solutions for iPhone, iPad and iPod transfer issues. It’s quite easy to transfer 12 kinds of files, including apps, photos, music, videos, SMS, contacts, and so on between iOS devices, iTunes and PCs. It can also back up iPhone, iPad and iPod (touch) files to computer. Special 30% OFF Sale for GOTD users!

Rip Blu-ray DVD to 180+ video/ audio with 100% original quality and 6X faster speed. Leawo Blu-ray Ripper can rip and convert Blu-ray to video and extract audio from Blu-ray to save in all formats for any media player and device. Special 40% OFF Sale for GOTD users!

IObit Advanced SystemCare
Heal up your system and speed up your PC with the help of 25.

I downloaded Leawo DVD Copy 8.2.1 yesterday, but never got registration code.
Is it possible to somehow get the code? Thank you

The confirmation was never sent to my yahoo email, checked spam, nothing;
any ideas

I don't get it and you may think that I am wrong but when a software group makes a program and puts it out there for people to use for a year and try it out. Just says thanks for the try out. If you like it then buy it.Stop all the wining because they only let you have it for free for a year. It's free to try. If that makes you not want it than don't try it. I am sure there are lots of programs for free out there but to get the chance to try it out before you spend the money to buy it then you should say thanks to the company instead of complaining that its not long enough. I .myself, have tried some programs offered , some I liked and bought,others have been deleted.
When did it become the norm to complain about something for free. Maybe we should think it out again.

TK, What I was trying to point out and you seem to have missed that point is that any software they put on here is free. if it is a 6 month or one year license is regardless. I am pointing out that complaining that it is not a lifetime offer is just plain stupid. For people to moan about something that is free to try is a waste of time. As far as the software giveaways, the companies on here for the most part have been around for a far length of time.

That's what we do.

Universally here on GOTD, the biggest problems are:

-- software EXPIRATION, even IObit and others who "simply" revert to their almost-full-function free versions and keep on working forever aggravates folks,

-- inability to REINSTALL past the one-day's offering - if anything goes wrong ( what could possible happen with today's computers?!? ) then go try the competition, that's what vendors are telling us,

-- software windows not resizable to use our universally gargantuan displays,

-- lack of universal controls, like a standard menu bar,

-- repeats of giveaways with no improvements over prior giveaways ( KCSoftwares, for example ).

-- software not as sophisticated as always-free alternatives,

Software that expires and stops working of it's own time-limited volition is arbitrary, aggravating, and destroys goodwill for a vendor,

... and us giving feedback on that is what we do here as part of our faithful GOTD participation.

Those vendors and programmers behind the offers here should pay attention, participate ( as they promise to, but seldom do ), and say:

Occasionally a vendor writes in and tries to rationalize that life is too hard if they give away their software ... and they complain like that on a giveaway site, no less!

It's called marketing, and accepting feedback is part of the relationship.

We have an immense, world wide, incredible group of positive, talented, experienced, and savvy participants here at GOTD ( including those I regularly get into long drawn out back-and-forths with ), and if vendors would learn to mine our resources, they would leapfrog their competition and become more and more successful by incorporating what they can learn here.

Leawo DVD Copy is in my opinion a stable, fast, user friendly, DVD

Can it also make ISO images of CDs?

Comments on today's offering reminds me why I no longer use GOTD . Reasons being (1) very often it is not clear how long the software will run before expiry. People should not have to install and then discover it's only a year. (2) we are very rarely told what will happen after the trial period. Will updates fail, or will the software stop working altogether? Or something else?

Both of these problems could be solved if GOTD had a bit more care/sympathy/understanding/respect for its users. I've made this point before - as have many others. Wasted energy.

Guess what I'm going to do when Leawo fails ... I'm switching to WinX.

So if Leawo thought they were getting inroads on their competition, they are not.

No brainer: if I have your software on my screen, then I'm not using the competition, be happy.

Why do you think Microsoft gives away Word?

Do they make money on giving away Word?

Yes, for those who upgrade.

But regardless, WordPerfect cannot make money if users have working Microsoft Word on their screen.

Ignore this at your own peril.
.

Fred the Taff, It's free for a year. If you don't want it for a year, go buy something else

pm, not complaining about the time limit.
Only the fact that that information is kept secret until people install it.
Reread my post before telling me off!

That's my message to Leawo.

Now, or at the end of a year, we are going to go use something else.

WinX DVD software does not expire, for example.

We're here to give feedback, to help the software programmers and vendors polish and improve.

That's why there's no charge either way.

Vendors don't charge ( or get paid ) for their software offering.

We don't charge ( or get paid ) for our feedback.

Crashes after install Antivirus is off. Windows 10 64 bit
It "encountered a problem" Try compatibility with previous versions of windows, result is the same.

Installed on XP-PRO-SP3.
Took about 6 minutes to finish installing, then got error (paraphrase) Cannot find entry AcquirSrmLockExclusive, click OK > got BSOD. reinstalled - got same.
What to do?
Please help.

The license appears to be for only a year.

I downloaded and installed but it turn out to be an expired data care product notice. what happened?

Ray, I too was redirected to the same page, in my opinion it is simply an error in the configuration of the giveaway part.
I have been able to install and to register the software (even if in the mail that I received there was no registration data).

Is this a year or a lifetime license?

Picudo, on my Windows 10 it says that the subscription is 367.
I believe it means 367 days and so only one year.

Picudo, Just installed it and it looks like it's a 1 year subscription.