Giveaway of the day — Hyperspace Invader

Hyperspace Invader was available as a giveaway on October 26, 2006! 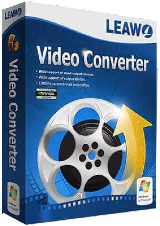 Check out our new vertical scrolling shoot-em up game! It's packed with outstanding graphics, tons of powerups and lots of hyperspace battles against a hostile alien race! The game features an online high score table, so this is your chance to prove how good you are at blasting aliens!

Zak & Jack in Showdown at Monstertown

Meet Zak and Jack, a pair of hard-working Hobsters who live in a small village called Monstertown. Famous for their clever inventions, Hobsters enjoy an earthly paradise of lush woods, paved streets and cozy houses. When word of their settlement spreads, the evil beasts of the monster world band together in an envious campaign against the goodhearted Hobsters. Luckily, Zak and Jack learn about the plot and prepare for the assault.

Bears like fish. Our charming hero, Snowy, is no exception. In fact, he's caught so many fish for supper, he's attracted a gang of sticky-fingered cats. Even with the help of his bear friends, Snowy can't guard his dinner from all of the felonious felines. Will you lend a helping hand?

Need a cure for boredom? Cubozoid is fast and furious fun! Your job: keep a parade of colored cubes from filling up the game board. As the blocks progress through an elaborate maze, you must fire your own arsenal of colored cubes at the procession in an attempt to create groups of three or more blocks of the same color. When you make a match, the cluster explodes!

Régulateur
Régulateur includes several features that make it a great tool for while setting your watch or clock.
$0.99 ➞ free today

Typetastic: Text on Photos
Typetastic helps you put together fantastic compositions and save them to your camera roll.
$1.99 ➞ free today

App Secret
App Secret offers you a new way to protect your data and keep all the important information untouched.
$1.99 ➞ free today

Modern Ludo
Use your bullet to destroy all enemies!
$2.99 ➞ free today