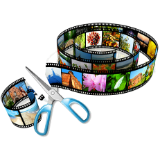 This is only half a program,

make multiple cuts instead of just one at a time 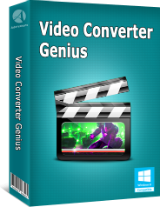 An easy tool to convert videos of any format to other 100+ formats instantly. Make your videos playable on any media players. 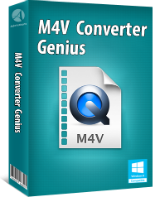 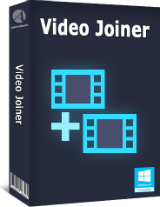 Thank you for voting!
Please add a comment explaining the reason behind your vote.
You can also add comment viaFacebook
#25

Installed no bother got it to cut some dashcam mov. vids but picture quality after cutting is very poor , not too bad though cutting MP4 vids

Installed and registered. Never got the registration code. Not acceptable and a waist of time.

Installed and registered. Never got the registration code . Not acceptable and a waist of time .

Got this response from their support

Thanks for contacting us. This is Hulda from support team. I hope you will accept my apology for the inconvenience and untimely service.


We feel sorry about that!

The technology development department is devoted in upgrading the software. Could you please wait for the upgrade?

Never received reg.# to the email address associated with the download link after about 8 hours. Uninstalled and went to the download link using another email and did get the reg. # which lead to multiple invalid email or reg.# messages. Too difficult to register so it was uninstalled.

Is Adoreshare really Tenorshare Co.,Ltd.? the setup.exe file is otherwise known as "QuickVideoCuttertrial.exe" according to virustotal https://www.virustotal.com/en/file/1738ca28d04266fd44e9635118cf0acf3a62adc2ed55c7ba9991be5e58182c8e/analysis/
and its digital signature is signed by Tenorshare Co.,Ltd. 8th August 2017

I have decided to stay away from today's poor quality software as well as from the free Video Cutter Joiner recommended by MikeR.

Free or not, it is not worth exposing your computer system to the software that doesn't have a clean slate, which is the case with the free Video Cutter Joiner. As many of us know, some free programs might sneakily inject hostile or intrusive software, like viruses, worms, Trojan horses, spyware, adware, and even ransomware.

This is Alen from Adoreshare Official. If you have encounted the registeration error, please type the license code instease of copy and paste it directly as there's a space key if you copy that.

Don't bother with this software, the video quality is very poor.

Everything went OK from downloading to installing to registering.

BUT, the output of this software realy stinks.

Easy program to use, but the output quality is terrible. Every video outputs at 600 kb/s bitrate.

I found this program did exactly what it sad it would do. No study necessary, which is always a plus with me.;-) I have many videos that I have, as instructional tools, but they are not in my language, so I wanted to be able to just cut the parts that I did not find useful, and get to the 'meat' of the video. Quick as you please, this software did exactly that ! OOOooo !!! The space this will buy me back on my hard drives !!! I did notice that the quality was not the same as what it started with, but I can live with that, do do what I want it to do. As a suggestion to the company Adoreshare, I would say they should work on the video quality, of the finished product needs to be at least the same as what it started with. There is a nice web page to give instructions on how to use the program, and that is nice too. This is a keeper for me. Thanks to GAOTD and Adoreshare.

Admin of PC - Software - Tricks, they are the different names for the same product

I'm 74, Interesting but kinda useless to me without cut and "paste"

Thanks Bongo, I didn't see your post until I had sent mine. How dumb to have to key in that long string. And why didn't it say that copy/paste wouldn't work? Really makes me question their design capabilities.

Alan Mitchell, copy and paste works perfect. You only must look that you have no spaces before and after code/mail when you copy it.

Alan Mitchell, look that you have no spaces before and after code/mail!

Downloaded and installed fine on Win10, got the reg code promptly. Fired it up, but was disappointed to find that the media types it can open do not include the .mts files that come off my camera, which is what I keep as raw footage. If a camera rolls too long, was hoping to be able to trim that to reduce the archival footprint. Also not keen on having it require Admin privileges to run - this app should not need them.

I am an 82 yr old Retirement Village resident and chair the social committee here. I put together video musical programs for the residents,
I also have a large collection of musical video dvd's. I need to be able to extract videos from various dvds to enable this. Will this program do the job?
If no, can anyone advise as to which program might? The simpler the better please. cheers Ted

Vinylted, For years I have been using FREEMAKE Video Converter. I like that you can edit and clip down to the individual frame. It is free but be careful on the installation not to install the "extras" they try to sneak in.

TK, Not sure which response you are replying to. Hitfilm can be downloaded at http://installers.hitfilm.com/hitfilm-express-2017/HitFilmExpress2017_x64_5.0.6718.07202.msi . There is no social media account needed.

Scott, thanks as going through their website does require registering an account with them and sharing on a one of a selection of social media accounts before there is even the possibility of getting a download link which is what my comment was saying.

The Licensed Email or Register Code you've entered is invalid!!!

stelian, you need to type in the email and code, wont work if you copy and paste.

BONGO, typing in didn't work for me. still getting the invalid error.

jasa, I downloaded the file from the web site and the serial number worked. Go figure!

stelian, look that you have no spaces before and after code/mail!

Keep getting invalid email/registration code entered with both copy/paste & ctrl+c/ctrl+v.

Stewart Wallace, look that you have no spaces before and after code/mail!

nibo1978,
I'd made certain there were no spaces. In response to other comments, I manually entered my email address and the registration code & that worked - something rather strange.

Trimmed a "smidge" off of a very small video to try it...so distorted after the trim. :(

There's also a potential for further confusion in the way the product is described, because this kind of software is more about saving than cutting: the 'cut' buttons exist to save the content between 'em, not to delete. Anyone thinking they can blithely edit out unwanted material from a video and the separated parts will somehow magically merge should think again.

As a quick, simple, and fast AV tool, I found the July offering to do exactly what it promised. I used it to top and tail a couple of test videos -- that is: to delete stuff at the start, and at the end -- and the output was fine. I wasn't looking for surgical precision though, nor would expect it of editing software at this price point.

There are numerous free and paid-for video cutters out there but not all have resizeable windows (the otherwise likeable Free Video Cutter from the now defunct Tomatosoft was bedevilled by a fixed screen) and few if any promise the 'losslessness' that Adoreshare does.

This same developer also retails a video joiner at the same price, so if someone is looking for a split/merge combination -- and really, the one without the other makes for a tedious existence -- the usual retail package is almost $40. Today's giveaway effectively halves that potential outlay.

Those looking to compare and contrast might like to consider a package of cutter/joiner from developer DVDvideomedia, two products that exist separately but are intended to work together, and both of which are free:

Thanks, then, GOTD, and Adoreshare. Hopefully there'll be some cutting of the confusing product title soon.

MikeR, Excellent comments. Thanks for sharing your knowledge.

MikeR, Thank you - won't bother then

MikeR, Thanks for taking the time to explain things, nice to see somebody does their homework. Not what I was hoping for so I'll pass. Cheers MikeR

Hi Ootje: Sorry, only just caught up with your post. I wasn't aware of any problems with this particular software but in view of your experience, have just D'd from this link:

via the 'alternative download' button on that page (because I don't use Facebook, or Google+, and see absolutely no reason why I or anyone else should have to sign into Softonic.)

The downloadable executable has been put through VirusTotal and a new analysis sought, as a result of which VT reports a query from 2 out of 64 antivirus programs: ESET-NOD32 and an AV called 'Rising' (which I must admit, I've not previously heard of).

Both are warning of potentially unwanted apps / programs.

As you know, sensitivity to PUPs can vary significantly from one AV to another. so I'm not entirely surprised at VirusTotal's 2-out-of-64 scan results. It does, however, mean that 62 aren't worried, even if two appear to be.

I have also run this particular exe through Malwarebytes as well, and MBAM (the premium, real-time version) reports all is OK. So-oo . . .

I'm assuming that there are no serious hazards with this software installation (usual caveat, about being careful about the install process, applies.)

What I'm not endorsing, of course, is the software itself. I just thought that if anyone was interested, they might like to try this and compare it to Adoreshare's offering. Hope this helps.

Ootje, your virustotal URL is truncated and so does not work.

MikeR, I did also see, that there were 2 different warnings.
So, it is not likely, that there is a virus etc.
Later on I found a file from a different site. And there were no warnings.
I look at the software and it's basic. It does the job for free.
And a joiner as extra. That's handy.
Thnx

downloaded and registered twice on two different pc's. then using the emails sent tried to register by copy & pasting as said in email but both times the software said email or registered code invalid. Even tried typing details in. Have uninstalled on both pc's, virus checked and will not use this firms software again.

Fill me up
Fill the grid with the oddly shaped puzzle pieces provided.
$0.99 ➞ free today

Sismo Earthquake Monitor
Sismo is analyzes the data from the iPhone or iPad accelerometer and builds a vibration spectrum.
$1.99 ➞ free today